No one opens their eyes wide and watches their devices, especially laptops get damaged. People are always ready to give their laptops the best and premium services, so they’ll last longer. These days the latest news speculating everywhere is regarding parking and unparking cores of the laptop. So many articles out there that have done nothing but leave people to be more confused. Here’s the article needed, however, to clear all doubts and give explicit information on what unparking and parking cores entail! Let us know “Is Unparking Cores Safe?”

Without mincing words, yes, it’s safe to unpark the CPU cores of a laptop. Unparking the cores means signing up for better performance and responsiveness of the laptop. The truth remains that everything with advantages comes with disadvantages, and unparking cores isn’t an exemption. Read on to learn more.

Parking & Unparking CPU Cores Of A Laptop; What Do They Entail?

The parking of the CPU cores is the act of shutting down the cores of computers when they’re not in use. This isn’t only efficient in computers alone, it’s effective in tablets and laptops as well. This is because it helps in extending the battery life of those devices.

People can decide to either shut down one or more multi-core processors of the laptop. Dealing with a parked laptop means the CPU cores of the laptop are operating from a sleeping state. Another name for this sleeping state is the C6, which helps to reduce the laptop’s voltage to zero.

Unparking the CPU cores of a laptop means removing the cores from the sleeping state. Then putting every part and multi-core processor into good use. This means that every processor of the laptop is available for use at every time.

Instead of having to wake up the cores of the CPU every time, there’s a need. An unparked laptop is always ready to work. This consequently means that an unparked CPU results in better and faster performance of the laptop.

Pros & Cons of Unparking Cores Of The Laptop

In the end, concluding that Unparking cores are safe or unsafe for one’s device is a decision people make on their own. The best way to however decide is by knowing the pros and cons of Unparking those CPU cores. They are;

Pros of Unparking Cores of Laptop

Here are the advantages of having the cores of the computer unparked;

#1. It doesn’t matter if all or a few of the multi-core processors were unparked. Once the computer is working. It makes excellent use of every core that’s available to do the tasks assigned to the computer.

#2. Having unparked CPU cores means not having to deal with the latency needed for waking up parked cores of the computer.

For the normal working of the computer, latency means nothing. Except during games or other time-consuming and sensitive tasks.

#3. The best way to effectively use a laptop is to have its CPU cores unparked. Therefore, having an unparked core accompanies provides peace of mind. This peace of mind comes from knowing that the laptop is functioning at its full potential.

#4. Several games come poorly tuned and optimized. They interfere negatively with the windows. However, the presence of unparked CPU, cores helps increase the FPS of those games. Which consequently means an increase in the speed and overall performance of the game.

Cons Of Unparking Cores of Laptop

#1. Having unparked cores increases the temperature of the laptop. The user will just notice the laptop becoming heated in a matter of minutes.

This is concerning the fact that having unparked cores means every core presented in the CPU is working. Increasing temperatures can cause havoc, such as damage to hardware.

Users can always check the temperature of their laptop before proceeding to use it. The normal temperature is about 80-degree celsius i.e., 176 Fahrenheits.

#3. The last and final con of having unparked cores is that it consumes batteries. There’s nothing like a power-saving feature in unparked cores.

Instead, it consumes lots of power which can quickly damage the battery of the laptop. Which results in the payment of higher electric bills.

Three Straightforward Ways Of Knowing If The Laptop is Parked

A laptop won’t show on its forehead that it’s running on unparked or parked processing cores. Here are therefore various ways to know if it’s a parked unparked laptop.

This method can only work for laptops running on windows 11 or 10. To get started, they should tap on the switched-on button of the laptop.

After tapping on the switch, they should start inputting the resource monitor In a few minutes, the information is displayed on the screen and that’s it.

Running the dialogue box entails pressing down the windows keys of the laptop’s keyboard. Then clicking the R key not long after.

Clicking on the R key opens up the box. Input Resmon once the box opens and then click on the Enter key on the keyboard.

Alternatively, they can locate the executable for the program in the %WINDIR%\system32. It’s here that they’ll try to find the reason.exe. after locating it, they should make a double click to open up the program.

Before making further steps, they should be sure that they’ve selected the CPU icon. They’ll find this in the graphical visualization of the CPU.

Here, they should check out the visualization of the CPU. A parked core showcases the Parked word next to the processor.

While this may be the fastest method of knowing the park status of the computer. It only works when the owner catches the windows trying to park.

Following this method entails clicking on the start button of the laptop and then typing Command Prompt in the search bar. The program will pop up next, here they should right-click on the app.

After right-clicking the app, they should choose Run as administrator. The next line of action is to input into the laptop the following command prompt. They are;

Unparking Cores In The Laptop

This is for people who would love to unpark the cores of their CPU. The strategized steps toward parking cores include;

Go to the QuickCPU by coderBag then proceed to the end of the page to download.

The procedure is the same as when people unpark their CPU cores, but instead of moving the slider to 100%. They’ll need it to be 10 – 30% this time. How to park the cup cores are as follows;

Similar to Unparking, they should download, extract and install the QuickCPU.

Now we have learnt “Is Unparking Cores Safe?”, Yet again, it’s safe to unpark the cores of one’s laptop. Doing so depends on one’s choice because, even though it’s safe, Unparking one’s CPU cores comes with its pros and cons. Therefore, people should go with what suits their needs and desires and they’ll be fine.

#1. Is it okay to unpark every multi-core processor available on one’s laptop?

#2. How does having a quick CPU boost one’s game?

Having a quick CPU means having a CPU whose speed and voltage can change in a matter of seconds.

#3. How many cores are essential for efficient laptop use?

Six-cores are the best because they’re cheap and excellent for productivity work and gaming as well. Eight cores are wonderful for performing all tasks as well.

#4. Is it okay if one increases the number of the laptop processor?

Yes, it’s perfectly okay to increase the processor of the laptop if the ones available aren’t enough. 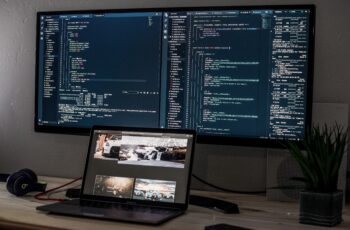 Are you stuck and can’t connect your monitor to your … 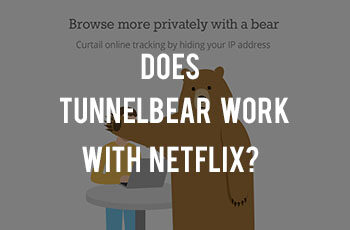 TunnelBear is quite popular for its VPN services, and you …