The best 240 FPS gaming PC allows you to play the most graphically demanding titles at higher resolutions and framerates. However, you will most likely feel the pain of sticker shock, especially during these times of global chip shortages.

PC gaming is expensive nowadays, but it pays off in several ways. Sure, you can play your favourite online multiplayer games at triple-digit framerates. But you can also utilise the hardware for photo/video editing, rendering, or transcoding high-bitrate content for streaming to local devices.

Finding the best gaming PC can still pose a daunting task. You can say thanks to the limited supply and rampant scalping problem in the UK for that. But there’s still hope if you are willing to go down the pre-built route and pay a slight premium. It exactly is what you think – complete PCs put together by well-known systems integrators using balanced and tested hardware configurations.

We went to Amazon UK to look for the best 240 gaming PC capable of running popular titles around 240 FPS and reviewed the best ones for you to buy in this guide.

Despite what you end up choosing from the following list, the perks of buying one of the best pre built PCs for 240 FPS gaming are clear. Not only do they save you from the laborious process of handpicking parts for the build and assembly, but they also come with an all-in-one warranty covering all the hardware.

This Omen 25L variant packs a six-core, multithreaded Ryzen 5 processor and an NVIDIA GeForce RTX 3060, along with 16 GB of DDR4 memory. Despite being the “cheapest” model in the Ampere lineup, the RTX 3060 delivers very high frame rates in popular FPS and MOBA titles at 1080p. It’s also suitable for entry-level 1440p gaming.

This HP pre-built is surprisingly versatile in terms of I/O and upgradability. The 25-litre case is pretty big for what essentially packs a Micro-ATX board, but it does have a tempered glass side panel with customisable RGB elements.

The secondary mechanical hard drive isn’t optimal for newer games, so you should consider replacing it with a SATA or NVMe SSD in the future. But overall, the Omen 25L is a quality gaming pre-built for the asking price.

If you can spend a bit more money, then the Predator Orion 3000 is an excellent gaming PC for high-refresh-rate competitive gaming. The value combo of Intel’s 11th-gen i5 processor and NVIDIA’s GeForce RTX 3060 Ti offers an exceptional price-to-performance ratio that would have been unimaginable even a few years ago.

Acer hasn’t cut costs on the aesthetic side, with the 18-litre case featuring futuristic design elements reminiscent of the 2010 movie “TRON: Legacy.” It also has a tempered glass side panel and stunning RGB lighting.

While the Orion 3000 uses the stock air cooler for the CPU, it still maintains manageable temperatures even when playing the most hardware-intensive games. The 3060 Ti performs well at 1440p, but you may have to switch to 1080p or enable DLSS in supported titles to hit the 240 FPS mark.

And with plenty of storage and connectivity options, the Acer Predator Orion 3000 is undoubtedly a solid gaming rig for the price.

The CyberPowerPC Luxe is available in several variants, but this particular configuration packs the sheer oomph of some of the highest-end hardware on the market. It comes with a 12-core Ryzen 9 CPU that’s liquid-cooled, paired with 32 GB of DDR4 RAM and NVIDIA’s flagship RTX 3080 GPU.

This combination can run any game you throw at it, with frame rates in triple digits in games like COD: Warzone, Rainbow Six Siege, Fortnite, CSGO, and Dota 2 at 1440p resolution. It’s more than capable of 4K gaming, streaming, and running creative applications.

The CyberPowerPC Luxe uses off-the-shelf parts and comes with two years of warranty. Sure, you are paying a hefty premium. But in the current market, you will have to pay nearly the same even if you want to build the system yourself.

If you want an all-AMD gaming PC, note that the CyberPowerPC Luxe (‎CGS480VR355) is also available with a Radeon RX 6800XT (16GB) graphics card.

Vibox is a UK-based system builder, and its VIII-73 is a fantastic choice for high-refresh-rate multiplayer gaming. The liquid-cooled, octa-core i9-11900F chip is paired with 32 GB of super-fast DDR4 memory and the NVIDIA GeForce RTX 3070 graphics card, offering respectable 1440p gaming performance.

The Vibox VIII-73 uses the Phanteks P500 Air case with six RGB fans (incl. the ones on the 240mm AIO cooler), providing adequate airflow for the components. The 1 TB NVMe SSD is super-fast and offers enough storage for your games.

If you are on the lookout for a competent 240 FPS gaming PC, the Vibox VIII-73 is definitely worth your consideration. Plus, the use of aftermarket parts means you can easily upgrade the rig in the future. 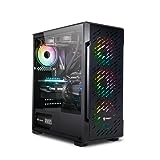 This pre-built gaming PC from Fierce is a well-rounded system that can run modern titles at very high frame rates. It comes with an X570-chipset motherboard, making the Fierce WYRM the only PC on this list with overclocking support. The 240mm AIO liquid cooler keeps the R7 5800X cool even when running high-fidelity games.

Like the previous two pre-builds on this list, the WYRM only uses off-the-rack components, making room for future upgrades. You get 3 TB of storage in total, which should be enough for storing your copy of COD: Warzone and personal files.

The Fierce WYRM comes preloaded with a fresh copy of Windows 10 Home. The UK-based company also provides three years of warranty for it.

And this is where our search for the best 240 FPS gaming PCs in the UK comes to an end. While the most affordable pre-builds on this list can’t run all multiplayer titles at the mentioned FPS, you will see frame rates in triple digits nonetheless.

Considering most 240 Hz monitors also support VRR (Variable Refresh Rate), enabling the feature can make up for overall smoother gameplay. Alternatively, you can turn on NVIDIA DLSS or Radeon FSR on supported titles to improve the performance without sacrificing image quality. 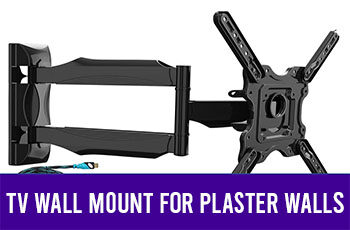 Most of the houses in the UK are made out … 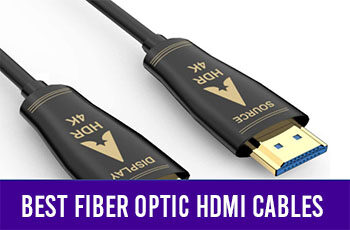 Our buying guide will walk you through the best fiber …