TikTok is an app that can be used by anyone aged 13 or older, mainly aimed at teenagers and younger adults. The app has become popular among children and teens who make videos of themselves dancing, singing, or just being silly. Some have also used TikTok to post inappropriate content, such as sexual acts and drug use. A violation to get banned on TikTok could be against the platform’s community guidelines. In this article, we will see about ‘How Many Violations To Get Banned On TikTok?’. 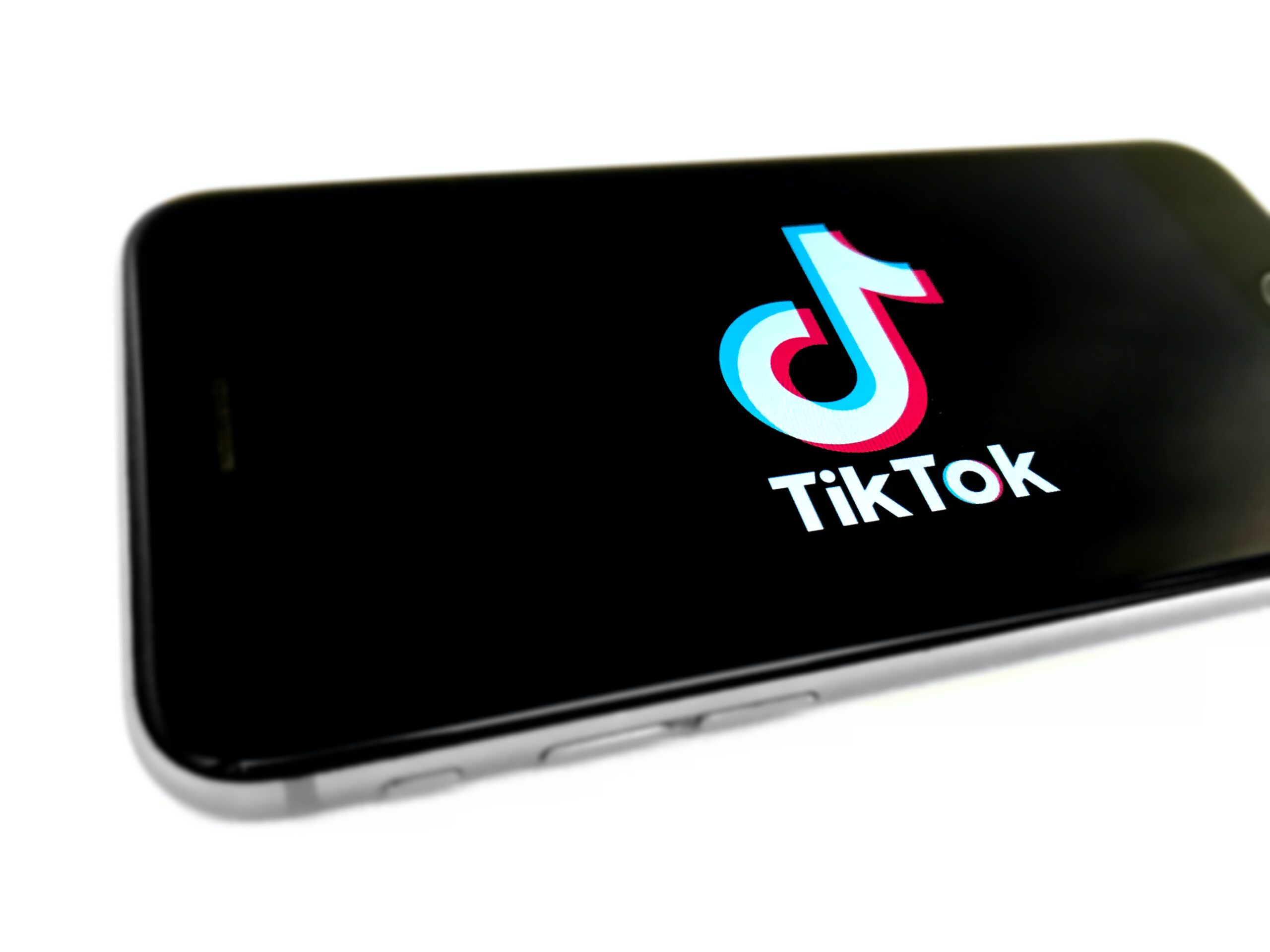 How Many Violations To Get Banned On TikTok?

Like every social platform, Tik Tok also has specific policies that everyone must follow. TikTok, or any entertainment platform, is meant to entertain people and not to harm people or be a threat to anyone’s privacy. TikTok can be banned for many reasons because all these reasons are included, including the violation of community standards.

There are so many reasons to get banned from TikTok. Let’s have a look.

TikTok can be banned due to any illegal and unethical behavior. For example, promoting theft and murder, and other unlawful acts in a video also falls under the violation category.

Maligning or targeting someone’s character on Tik Tok is also considered illegal. Spreading ignorant and abusive content through your video may also get your Tik Tok account banned.

Trying to show violence and harassment in the video or promoting fear and terror in society through Tik Tok is also prohibited under the illegal act.

Promoting shamelessness and indecency also falls under the category of violation. If there is an element of obscenity in your video, your Tik Tok account may be banned. If someone shows irrelevant content like nudity, fraud or drug promotion, etc., they may be banned. It violates TikTok’s terms of service to use or share a profile or any other content on the service that could be considered misleading or false. Therefore, you should take special care that your videos are decent and palatable to the general audience.

Making videos that involve self-harm or suicide for the sake of humor or fame is considered an immoral and illegal act. Therefore, all such videos and the Tik Tok account may also be banned.

Involvement of children wrongly and immorally through Tik Tok also falls under the category of an illegal act. Nowadays, many videos about children have come to the public, which is enough to destroy the innocent minds of children. Therefore, it is essential to ban such videos.

Any videos containing false rumors and complete information about fraud that are presented as truth are also banned. The users who watch them fear harm is also considered an illegal act. Advertising incorrect business also falls under the category of an unlawful act.

Telling how to hack any legal website or application illegally through Tik Tok videos is also considered illegal. Trying to hack someone’s TikTok account or any blackmail method can also get you banned from TikTok.

TikTok is an entertainment platform showing obscenity, and subversion is considered against the Tik Tok community standard. Open use of weapons and amateur use of drugs are also prohibited on social media. Nowadays, using guns and drugs has become a fashion among the youth to gain a little fame. Through Tik Tok, certain sections upload such obscene videos that do not come under the category of decency and humanity.

Videos portraying the bike or car racing hobby inaccurately or dangerously are banned on TikTok. Uploading one-veiling bike videos is not ethical at all. Banning videos of all kinds of dangerous racing should be made mandatory.

TikTok community guidelines: How Many Violations To Get Banned On TikTok?

Some notable and unique guidelines have been set for making videos on Tik Tok, by following which your account or your content can be completely safe, and your account can never be banned.

TikTok is an entertainment platform through which people can become famous overnight. Therefore, if Tik Tok is used within ethical limits, this fame can be transformed into respect. If you respect someone, then people will also respect you. Bans may be imposed on videos in which a person has been ridiculed or made fun of.

While making videos, you should always keep your moral boundaries and traditions in front. And do not include illegal or immoral content in your videos.For example, if you were to upload a video that showed you drinking alcohol when you were underage, it would be against the terms of service. The company also has a policy against posting “nude” photos and videos and those showing domestic violence or sexual abuse

Everyone’s content and videos are owned by him. Using someone’s video without asking is included in the violation of copyrights. You cannot copy anyone’s song, video, logo, design, or content; otherwise, your account may be banned.

How to stay away from Tik Tok violations?:

All kinds of videos are uploaded on Tik Tok, from funny videos to serious videos, and thousands of users share their videos daily. Millions of people like to watch good and entertaining content. So, upload videos that meet the terms and conditions issued by Tik Tok. Violating them will only ban your account. Always choose quality and the best videos to avoid Tik Tok violations.

The permanent Tik Tok account ban includes uploading illegal and immoral videos from your account. You are given a warning. But your Tik Tok account is permanently closed when the notice is not taken care of.

This reason is not so compelling that your tik tok account will be closed, but in some cases, the uploaded videos are so unacceptable that even reporting them can lead to a ban on tik tok.

How to Get Unbanned from TikTok?:

TikTok is an entertainment platform through which users create videos of their choice and upload them on social media. Adherence to specific terms and conditions under Tik Tok’s policy is mandatory for every user. The popularity of Tik Tok among the young generation has also created many adverse effects. To prevent this, Tik Tok has strict rules. Now no new user can create a Tik Tok account without their real name while creating an account. This will help in preventing many crimes and immoral acts. You may not upload videos to a TikTok account that do not address these violations.

If your account does not meet the stated terms and conditions of Tik Tok and your account has been banned for any reason, you should visit Tik Tok’s support page and file your complaint. And you have to find out the reason for closing your account.

Another way is to find out why your bill is hacked by emailing Tik Tok. You can also get complete information about your account through some other steps.

By clicking, a page will appear in front of you in which you will provide complete information about yourself, which should be correct.

You must ensure that your account is removed because it was banned and that you will never violate the Terms and Conditions.After providing all the information, click on Send request option to Tik Tok team.

Now We’ve learnt about ‘How Many Violations To Get Banned On TikTok?’, TikTok is a social media platform that gives its users a chance to express themselves. There are innumerable ways to get amusement or reveal your talent from this app. TikTok has a policy to protect both users and advertisers. If TikTok finds that your account has been used for fraudulent activity, they can ban you without warning. They also have the right to remove any images from your account if they feel it violates their terms of service. TikTok has an apparent policy on what it considers a violation, but the company has been inconsistent in its enforcement. Getting banned from TikTok for violating their terms of service or T&Cs is possible.

Ans: first, you get warring for your violent acts, and then in the second attempt, your account will be banned.

Ans: there are different violation acts from which your account can be banned. We do not have a fixed number of violations that will result in a permanent ban. Therefore, tik tok has some terms and conditions or guidelines to help you to secure your account. 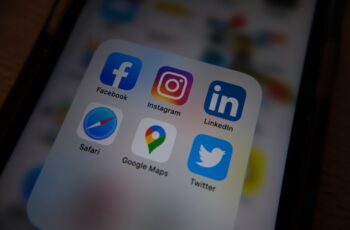 A 5.1 surround system sound contains five speakers of the …