Skullcandy Left Earbud Not Working? This step-by-step guide will show you how to fix this issue. Skullcandy is among the most popular brands in the consumer audio industry. They generally make decent pairs of truly wireless earbuds for the masses. However, there’s one widespread problem with some models; unreliable connectivity between both earbuds. The majority of complaints on public forums suggest it’s the left earbud that stops working.

Thankfully, there’s no need to panic as your earbuds aren’t likely damaged. Assuming one of your Skullcandy earbuds suddenly stops working, resetting them should resolve the issue. The process slightly varies depending on the model you own.

The following troubleshooting steps in this guide should help you restore your Skullcandy left (or right) earbud. Simply follow the instructions that correspond to your particular earbuds model, and you might go back to jamming to your playlists.

The Indy is one of Skullcandy’s best-selling wireless earbuds, and it’s also the one users complain about the left earbud randomly disconnecting the most. Whether your skullcandy indy left earbud not working or earbuds can’t connect to one another or your devices can’t discover them, here’s how you can fix the issues:

You can now reconnect your Indy earbuds to your device and start listening to music again.

The Sesh is another pair of wireless Skullcandy earbuds that seem to suffer from the same issue. If you own this model and are having trouble with the left earbud, check out the steps below to get around the problem.

And that’s it! You can now pair the Skullcandy Sesh earbuds with your preferred device. If everything goes right, you should be able to hear audio from both buds.

The Skullcandy Dime wireless earbuds are known for their compact profile and thrilling sound quality. Unfortunately, many users of Dime face the same difficulties as the Indy and Sesh earbuds. If you happen to be one of them, here’s what you can do to fix Skullcandy left earbud not working issue:

Doing this will reset your Dime earbuds. You should see the LED indicators on both earbuds flash blue upon syncing together. Then, you should hear the “Pairing” voice prompt, soon after which the left earbud will start flashing red and blue to indicate it’s in pairing mode.

You can now enable Bluetooth on your device and pair your Dime earbuds with it. Assuming you’ve followed the steps correctly, both the earbuds should playback audio.

It’s surprisingly common for users to not charge their wireless earbuds as frequently as they should, causing one of the earbuds to run out of battery before the other. You may mistake it as a connectivity issue, not knowing that all it needs is a full charge.

Hence, always make sure to put the earbuds back in their charging case after a long listening session; better if you put the case itself on charging with both the earbuds inside.

If that doesn’t fix the issue, check whether there is any debris blocking the pogo pins inside the charging case. Also, ensure the gold contacts on the earbuds properly align with the pins.

And there you have it. Following the above instructions will most definitely solve the problem you’re having with your skullcandy left earbud not working. If not, we’d recommend contacting Skullcandy customer support to claim your warranty on the earbuds. 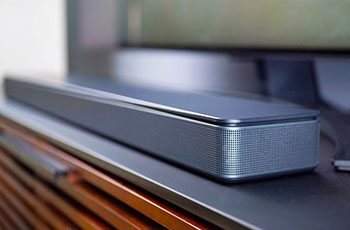 The compact size of soundbars makes them surprisingly easy to … 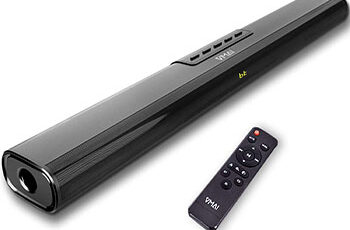 Most of us wish to have an ideal home theatre …