LG 27GP950 Review: Design, Features, Performance & More: Computer monitors have come a long way thanks to the significant improvement in display technology. LG is a leading provider of display solutions, and its UltraGear lineup of gaming monitors is quite popular among gamers and eSports players alike.

Their new 27GP950 is a 27-inch 4K monitor with a whopping 144 Hz refresh rate. It’s also one of the first LG gaming monitors with HDMI 2.1 support, making it an excellent addition for the PlayStation 5 and Xbox Series X|S game consoles.

The LG 27GP950 looks great on paper, but is it worth the premium price? Let’s find out in this detailed LG 27GP950 review, where we take a closer look at the monitor’s performance and design.

Here’s everything you get with the LG 27GP950 monitor: 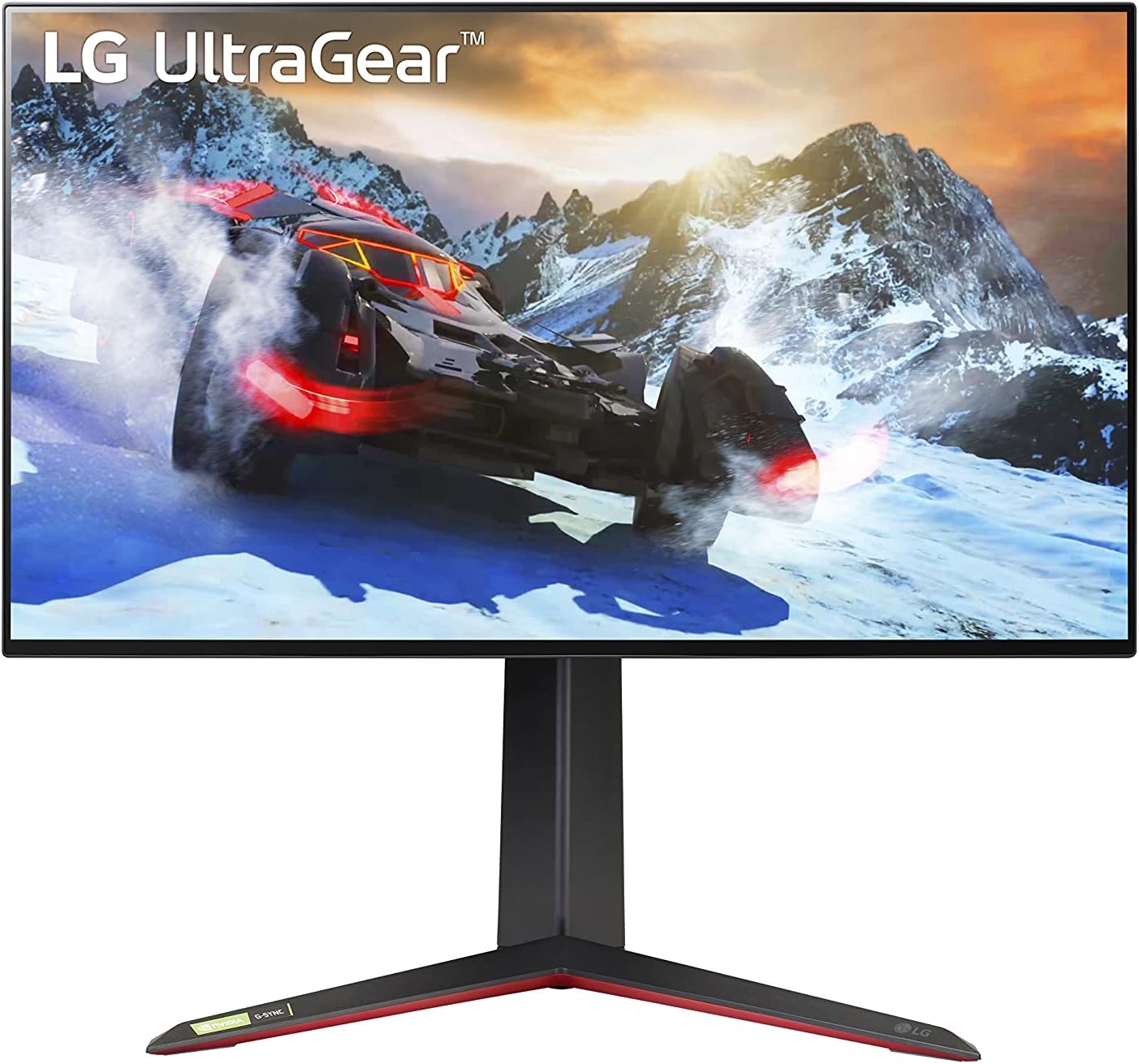 Let’s start with the design. The LG 27GP950 sports a very familiar look to the other LG UltraGear monitors released in 2021. It blends minimalism with subtle gamer aesthetics, but it doesn’t stand out like a sore thumb in most setups.

The monitor has an all-black, matte plastic body with red touches around the back. The rear panel has a circular bulge in the middle, and within it is a ring of RGB LEDs that LG calls “Sphere Lighting 2.0.” The LED ring syncs up with the video from a source device and acts as bias lighting. Users can further customize it from LG’s software or the physical wheel located on the bottom of the monitor.

The built-in fan and the vents around the lightning ring help dissipate heat generated from the display panel. It’s worth mentioning that the fan isn’t audible, though you can notice it in a really quiet room.

The V-shaped stand included with the 27GP950 is quite wide but doesn’t occupy a ton of desk space. It also supports the monitor unit fairly well. However, it does wobble a bit when extended to the maximum height. Unfortunately, the stand is limited to height and tilt adjustments, and you can orient the screen to portrait in only a clockwise direction. It doesn’t offer any swiveling action, though you shouldn’t have any issues placing the monitor in a comfortable viewing position.

The good news is that you can use any 100×100 VESA mount of your liking with this particular unit. Furthermore, the fact that the 27GP950 has extremely thin borders makes it a fantastic choice for multi-monitor desktop setups.

The 27GP950 features an OSD joystick at the bottom to give users easy and intuitive access to its on-screen display settings. It’s is also compatible with LG’s OnScreen Control app, so you can adjust most of the monitor settings directly from your desktop operating system.

Overall, the LG 27GP950 has a decent build quality just like every other monitor in the UltraGear lineup. Despite its plastic chassis, the monitor is blemish-free and feels pretty solid. We did notice slight flex on the back of our particular unit, but it’s nothing concerning.

One noteworthy feature of the LG UltraGear 27GP950 is that it has two HDMI 2.1 ports, making it a viable option for the current-gen PlayStation and Xbox gamers.

Unlike some other HDMI 2.1-compatible monitors, both HDMI ports on the 27GP950 are rated for a full 48 Gb/s throughput. With a PlayStation 5 connected, this LG monitor offers a 4K@120 Hz output with 4:2:2 chroma subsampling.

It’s also worth noting that the DP 1.4 port supports Display Stream Compression. PC gamers can use it to achieve LG’s advertised 160 Hz overclock, albeit with Adaptive Sync enabled in the OSD.

Apart from that, the 27GP950 offers two USB 3.0 ports for connecting peripherals and a 3.5mm audio jack for headphones and speakers. The single upstream USB port is for controlling the monitor settings through the LG UltraGear Control Center software.

Speaking of audio, there’s no built-in speaker system in the LG 27GP950, which is acceptable considering most gamers prefer headsets anyway for improved focus and immersion.

The LG 27GP950 packs a 27-inch, 10-bit IPS panel with a native 2160p resolution, 144 Hz refresh rate, and an advertised 1 ms gray-to-gray response time. The typical brightness output is 400 nits, and the 1000:1 contrast ratio is on par with most IPS panels. This monitor also comes with the VESA DisplayHDR 600 certification, meaning it reaches a much higher peak brightness when playing back HDR content.

Ultra HD resolution at 27 inches can be a bit of an overkill for some users. The high pixel density of 164 PPI leads to smaller texts and UI elements, at least on 100% scaling. However, it’s fantastic for playing video games and watching Blu-ray movies as the picture is more detailed.

With that said, PC gamers will require a high-end NVIDIA or AMD graphics card to drive the newest AAA titles at the monitor’s 4K resolution with respectable frame rates.

As advertised, the LG 27GP950 offers an excellent peak brightness of 415 cd/m² in SDR. It’s bright enough to eliminate glare in a decently-lit room. This is with Local Dimming set to Faster mode, so expect the brightness to hover close to 400 cd/m² with it turned off.

In HDR mode, the brightness peaks out at 675 cd/m². It’s pretty decent for most video content mastered in HDR. However, the panel can’t sustain high brightness levels for longer periods, especially with large scenes. All in all, we found the HDR performance to be quite respectable, but it isn’t the best by any means.

We measured a contrast ratio of 1192:1 on the 27GP950. While it’s slightly better than most IPS monitors, the blacks still look gray in a dimly lit room. Enabling local dimming also fails to boost contrast considering the panel is only edge-lit.

The LG 27GP950 features stunning color accuracy out of the box, covering 100% of the sRGB and 96% of the DCI-P3 color space. While the numbers can vary from unit to unit, this particular model comes factory calibrated, so there shouldn’t be many variations.

In default sRGB mode, the gamma comes close to a flat 2.2 instead of following the target sRGB gamma curve. It results in bright scenes being a bit too bright and dark scenes being a bit darker than usual. The white balance is great, though the color temperature is slightly on the warmer side.

After further calibration with a colorimeter, our LG 27GP950 achieved an outstanding dE average of only 0.42, making the monitor usable for color-critical work. Most gamers should be fine with the factory calibration unless they also are into creative applications.

The 27GP950 has excellent gray uniformity, with zero noticeable dark patches around the edges or smearing effect in the center. It doesn’t come as a surprise considering bad gray uniformity is rarely a problem on a high-end IPS panel.

The bad news is the poor black uniformity with typical IPS glow, and visible backlight bleeding in all four corners of the screen. Unfortunately, enabling Local Dimming does not improve black uniformity.

The LG 27GP950 offers exceptional response time at its maximum 160 Hz (overclocked) refresh rate. We recommend using the “Normal” setting to avoid blurring and image retention. Sure the response time is slightly higher than the advertised 1 ms GtG value, but there’s almost no noticeable overshoot.

The “Faster” setting gives you that 1 ms response time at the cost of visible overshoot, which severely affects the image quality. “Fast” is the furthest you can go on the 27GP950 without ruining the overall gaming experience.

The 27GP950 has a native 144 Hz refresh rate, and it’s overclockable up to 160 Hz. As we mentioned before in this LG 27GP950 review, the overclock applies only when Adaptive Sync is turned on in the OSD, which is pretty weird.

Since the refresh rate maxes out at 120 Hz at 4K over HDMI 2.1, you will require a graphics card that at least supports DSC 1.2a over DisplayPort to take full advantage of the panel.

The LG 27GP950 is currently one of the best gaming monitors in the UltraGear lineup. It’s excellent for not only high-resolution, low-latency gaming but also media creation and general use. The IPS panel has incredible color accuracy, gray uniformity, and wide viewing angles, making it one of the best we have seen yet.

The only not-so-good things about the 27GP950 include weaker contrast, poor black uniformity, bad anti-glare coating, and limited stand adjustability. While the HDR performance is pretty good, the local dimming feature mostly remains ineffective due to its terrible implementation.

Despite its flaws, the LG 27GP950 is an impressive gaming monitor for the price. We can easily recommend it to any high-end PC gamer and current-gen console owner as it’s currently one of the only monitors that support the HDMI 2.1 interface. 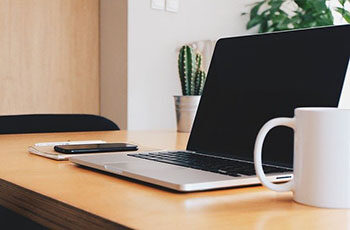 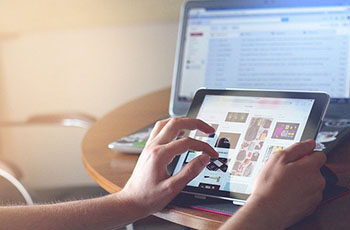 The best tablets with SIM card slot can be difficult …