YPbPr vs RGB: Difference & Comparison: Whether you’re using a streaming stick, game console, or a computer with your TV, it’s essential to choose the correct output color format for the best viewing experience. But surprisingly, most people don’t know what YPbPr and RGB are, even when they’re two commonly known terms in video electronics.

This informational guide will walk you through the basics of color spaces and video signals, then give you a detailed comparison between YPbPr and RGB.

Introduction to YPbPr and RGB

Simply put, RGB is an additive color space that defines an image in a percentage of the following primary colors: Red (R), Green (G), and Blue (B). There are more than a dozen standards defining the 100% color levels, albeit at slightly varying ranges. All modern displays and cameras natively use RGB as a data format.

It’s worth noting that both YPbPr and RGB are color spaces. The latter is the native data format, while YPbPr is a derivation of that. Manufacturers often relate them to component video, a type of analog video connection.

As we compare YPbPr and RGB later on, you should notice both differences and similarities. While both are color spaces, YPbPr may be the better option for better video quality in some cases. It’s due to how the video signal is converted and split. Once you understand the basic concept of component video and color spaces, you’ll have a clearer idea about these two.

Reproducing video signals on a modern display device is relatively straightforward, but the abundance of signal sources complicates the process. For those wondering, every media device process and transmit video signal in various methods, whether it’s a PC, game console, DVD, or Blu-ray player. And they often utilize more than one option, further adding complication to all this.

Before the HDMI and DisplayPort days, devices split up the video signal components to maintain signal clarity. it’s so that they don’t interfere with one another. Signals split in such a way is known as “component video.” Since YPbPr and RGB signals consist of two or more separate signals, they are component video signals.

For most consumer video equipment, the most common cables used for transmitting component video signals are the ones with RCA connectors.

A color space is an organization of colors that provides reproducible representations of color. It’s also a conceptual tool for showing the color capabilities of a specific device or a digital file. Color spaces use an abstract mathematical model to describe colors as numbers, as media devices can only understand that. RGB is the most common color model on which most other color spaces are based.

As we mentioned earlier, RGB is an additive color model that mixes Red, Green, and Blue colors to define different colors. Its purpose is to create and display color images on your media devices. Whether it’s your TV, monitor, computer, or camera, all these devices use RGB in one way or the other.

When red, green, and blue colors mix in their highest quantity, it creates the white color. But when they mix in the least intensity, it forms black color. Since we can create 256 unique shades from each color, 16 million shades of other colors can be produced by mixing red, blue, and green in varying intensities. It’s why RGB is an “additive” color model.

Component video standards that use RGB don’t use compression and put any limit on color depth. RGB doesn’t only need signals for the three primary colors but also two more for the display device to sync, which are known as Vertical Sync and Horizontal Sync. Here are the different standards the following signals sync with RGB:

Most display devices (e.g., TV, computer monitor), cameras, scanners, projectors, and home theater devices use RGB. For the most part, RGB signals don’t require any conversion before outputting on a screen as it’s the base color model.

Like RGB, YPbPr is a color space used by many media devices, except that it defines the component video signals. The concept of YPbPr comes from the NTSC color standard. The “P” in the term stands for “Phase Shift.”

YCbCr is the digital variant of YPbPr, both of which are similar in function and only differentiated by their digital or analog characteristics. The cables carrying YPbPr signals are usually called “Yipper” cables.
As highlighted before, manufacturers often refer to YPbPr as component video. But it isn’t strictly that as there are other component signal types like RGB. YPbPr uses three separate cables, unlike its digital counterpart which uses a single cable. Here are its three components:

Note: YPbPr uses a combination of the Luma, Blue, and Red signals to create the Green signal.

Assuming you’ve understood everything we discussed so far, you should be able to catch up with the side-by-side comparison of YPbPr and RGB below.

YPbPr vs RGB: In Summary

This guide discusses the differences and similarities between YPbPr and RGB. As you may have already learned, both have their respective uses in media devices, and neither of them is better than the other. The ultimate choice solely depends on the devices you’re using.

Feel free to use the comments section below if you’d like to know anything else on this topic. You should also check out our other comparison guides.

Most of us wish to have an ideal home theatre … 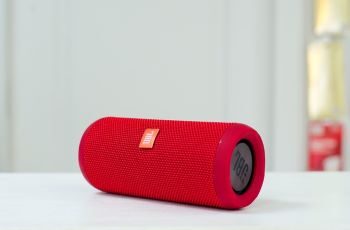 How to pair JBL speakers to iPhone? JBL is known …